Russian adventurer Fedor Konyukhov has broken the record for the fastest circumnavigation of the Earth in a rozier balloon in just over 11 days.

Konyukhov, who set off from Western Australia’s Avon Valley on July 12, has gone past the point he needed to fly over to break the record and is expected to land in WA’s Wheatbelt later this afternoon.

But his difficult task of landing the balloon is still ahead of him and the crew is eager to get the craft back on the ground before nightfall.

The 65-year-old has broken the 14-year-old record set by American adventurer Steve Fossett. Mr Fossett is the only other person to circumnavigate the world in a rozier balloon, which he completed in 13-and-a-half days. As Mr Konyukhov broke the record, his team on the ground let out three cheers and popped some champagne. One of Mr Konyukhov’s crew members is his son, Oscar, who described his father’s achievement as a miracle.

“As a son, I’m very proud of my father. It’s just difficult to comprehend what he just achieved,” he said.

“He completed round-the-world solo flight on the first attempt.”

“This is one chance of a billion and he took the chance. But as Dick Smith said we still have to land him safely, so we need to be careful and work until, the end of the day.” 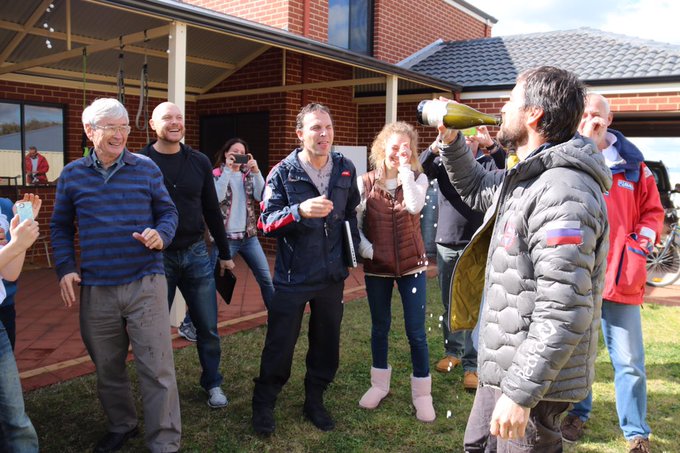 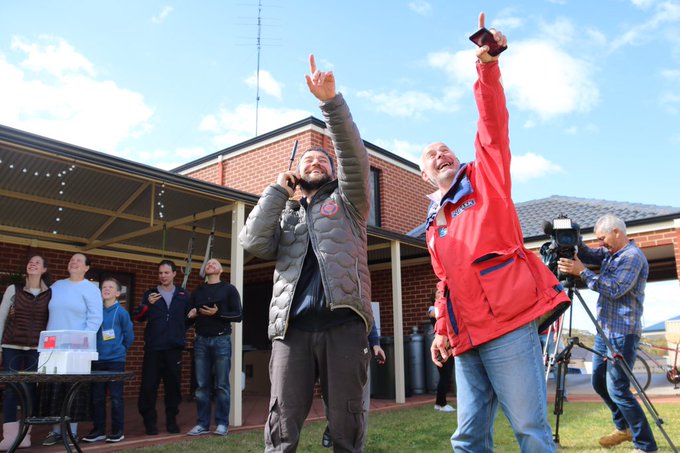 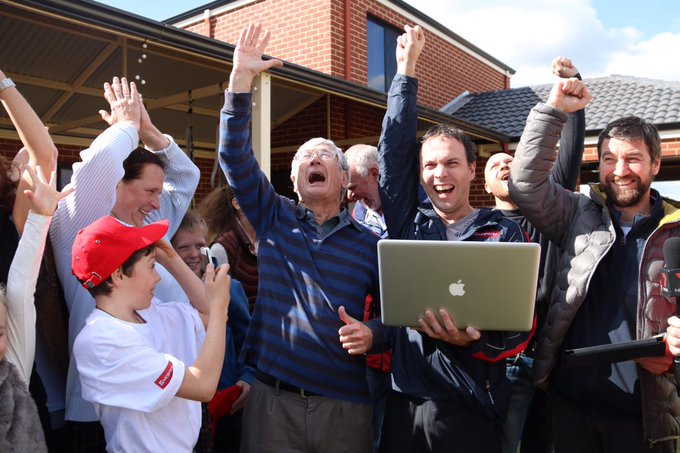 He said not many people had landed the balloon before and it was a “very dangerous operation”.

“We have some wind now so we’ll wait until the very late afternoon for the wind to drop and then we will guide him to a big field to slow down and descend,” he said.

Mr Konyukhov said his father was heading in a north-east direction looking for a safe place to land and this could take several hours. He is hoping he father will be able to land the balloon by nightfall, otherwise he will have to continue flying until tomorrow.

The flight’s coordinator John Wallington said it was an incredible achievement.

“The objective was to get him back on the ground safely, but of course this record is just a fantastic bonus,” he said.

“To have the bravery, the courage… I don’t think there is a more capable adventurer anywhere in the world today, very few other people could have done this.”