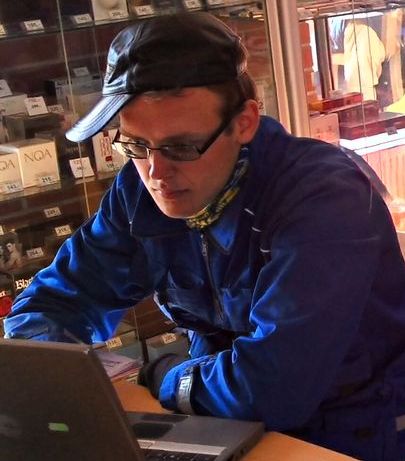 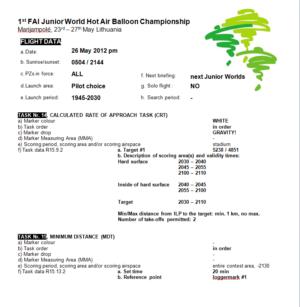 The Event Debriefing of the 1st FAI Junior Hot Air Balloon Championship will start at 17:00. The last task briefing will start 18:30. The Task sheet is ready: calculated rate of approach task and Minimum distance time. Two take-off is permitted.
Rokas Kostiuskevicius was the best pilot after 10 tasks but three tasks results are not published. The championship is still open.
Good luck!

Latest information:
A cold front approaching the area. Flight will be cancelled on the Task Briefing at 18:30 26/05/2012. No more competiton flight on 1st FAI Junior Hot Air Balloon Championship. 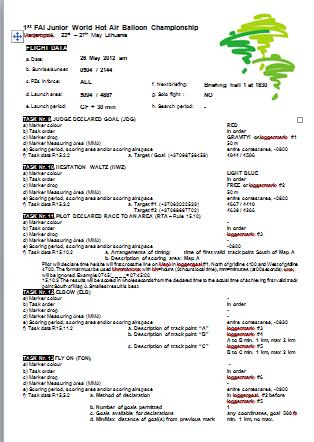 The results are published here. 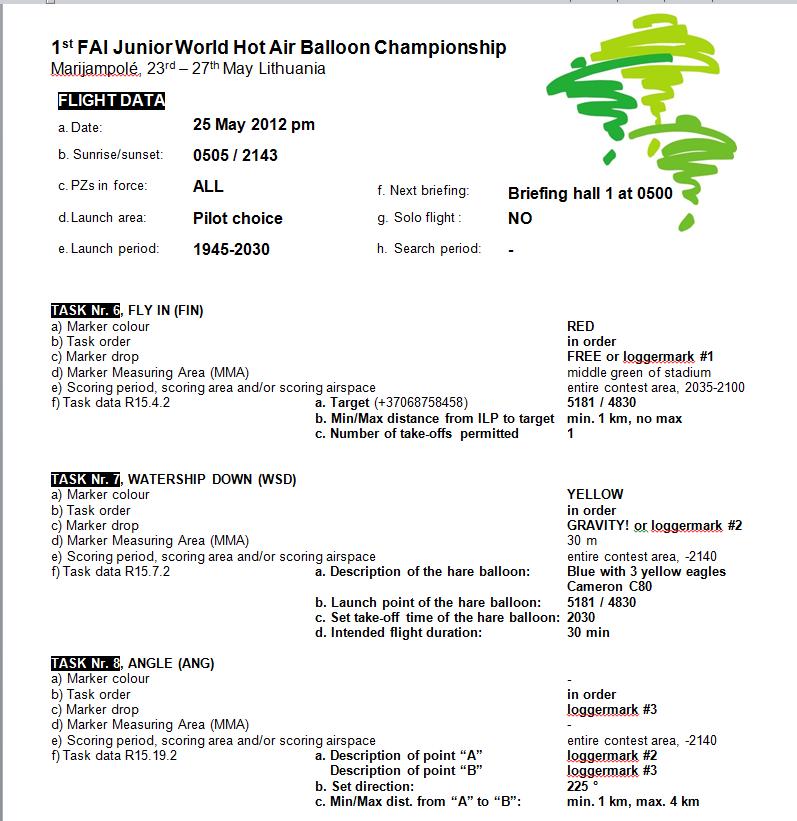 We have nice weather. The first target in the city center where we are expect lot of spectators. The hare balloon will start at 20:30 and his intended flight duration is 30 minutes. The competitors shall have to fly an Angle task after the second marker drop. Good luck!

Few balloon still in the air in nice weather after the windy days. The Japanese team share the wind data and communicate on Facebook message board. 🙂
Rokas Kostiuškevičius was the best at first target. 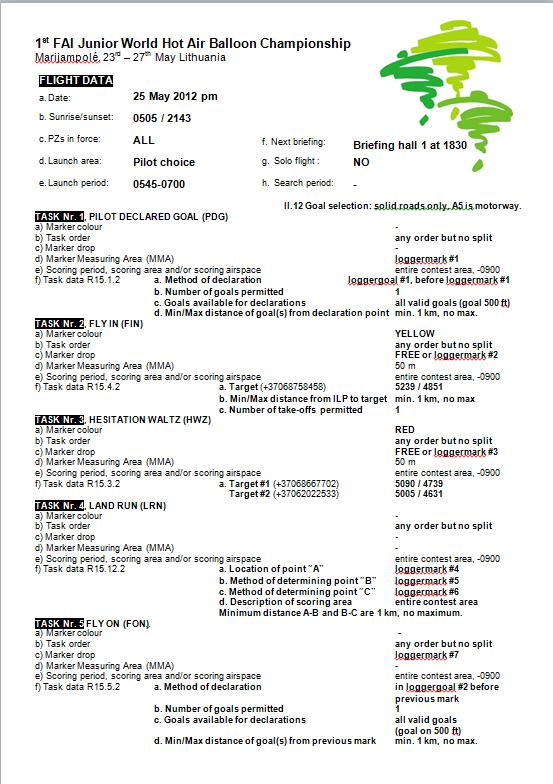 We had to delete three flight already but the wind is calmed. Five tasks on the Task Sheet: PDG, FIN, HWZ, LRN, FON in any order.
Let’s go to fly!

This the most difficult situation to interpret for public. Nice sunny weather and we are not sure about the flight. The wind is stronger as promised by the forecast but we are optimistic.
Two tasks are on the task sheet: Hesitation Waltz with three targets and Fly on.
Targets and common launch points and prohibited zones waypoints are available here.

After a very nice Opening Ceremony we had the first task briefing. Common launch, Minimum Distance Time and Fly on tasks was on the task sheet.

We had strong wind at afternoon and tonight. We gone to the common launch area and we was waiting to wind calm down. When the wind calm down then no time to flight any task. The first flight is cancelled. We accept strong wind for the morning too and better condition for afternoon.

The General Briefing of the 1st FAI Junior Hot Air Balloon Championship will start soon. The General Briefing Information available from here.
The forecast no shows any rain but little bit strong wind. The first competition flight will be today evening over the Marijampolé city.