A Goodyear-branded A60 airship burned and crashed in Germany on Sunday evening with one death, the ship’s pilot. The three passengers, all journalists, survived the crash. It appears the blimp caught fire following one or more prop strikes during landing at the Reichelsheim airport, south of Frankfurt, after a local flight.

The pilot was Australian Mike Nerandzic [photo]; it appears he may have saved his passengers at the risk of his own life.

The accident happened at the Reichelsheim aerodrome, near Friedberg in central Germany as the aircraft was coming in to land.

Two metres from the ground the pilot told his three passengers, all journalists, to jump to the ground while he tried to land safely, said a report on the Bild website, one of whose photographers had been on board. 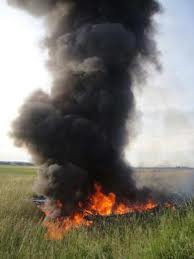 Once the three journalists evacuated the zeppelin, it climbed back up to 40 metres but then caught fire for reasons not yet clear, said police.

Witnesses reported hearing a loud noise from the engine and smelling petrol fumes.

The zeppelin had been making a promotional flight to mark a local festival.

The journalists who escaped were the photographer from Germany’s Bild magazine and two from RTL television.

GBM and JDG with limited scoring area was the last two task in 2011 on the Czech National Championship. All results are published and the Czech Champion in 2011 is Michael Suchý. Congratulation!

All results are published here.

Today flight is the Arnost Hönig Memorial Cup. Three tasks are on the task sheet: HWZ, XDD, ANG and all earlier flight results are published. After the two HWz target and 3 small lakes are the scoring area of XDD. Most of pilots flew close to the HWZ targets and they approaching the lakes yet.

All tasks results are published here.

Nice weather, good wind steering and good drops. Click to the picture for more.
The measuring reports of Fly in and judge Declared goal are published here:

We had rainy morning according the forecast and we need to cancel the flight. But bad weather is good time for excursion. We had a nice visit in the Holy Shrine of Nepomuk and on Zelená hora what is on UNESCO World Heritage list. You may watch the photos here.

After two cancelled flights we can done the first flight with two tasks. We planned three but the wind was gusty. We need to wait to be calm and no time for 3 tasks before sunset. The was HWZ and PDG. Ten pilots from 12 drop marker to the first HWZ target but two was out of MMA. You may find the task sheet and measuring report bellow and photos here.

The cold front moved to East from us. The rain was stop about 10 o’clock, few clouds only but still windy but the forecast promise to be calm and we are ready to fly… 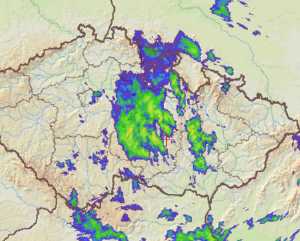 The yesterday evening and today morning flights are cancelled but the forecast promise good conditions for the next flights. Lets hope the best! 😉