Flight 2 at 21th April am with FIN – PDG – JDG – FON – MDT in order.
We are expecting some very light rain drops and light winds.

Evening flight at 20th April 2014 is cancelled in Vichy. 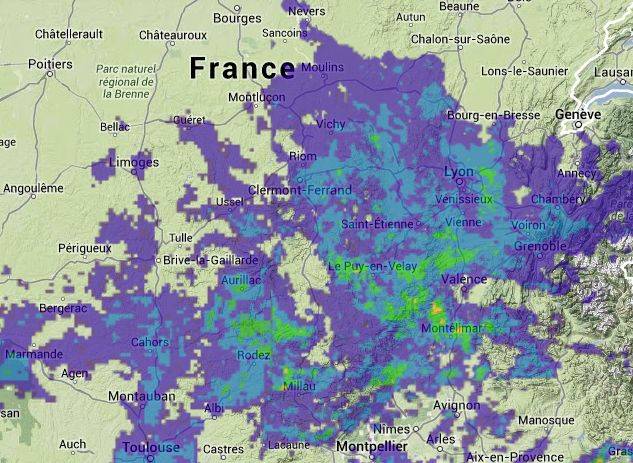 with PDG – HWZ – FON in any order – Flight is cancelled because the gusty wind.

Rules Section I and II

Masashi Kakauda sent us this letter ten years ago:

We are very glad to send big news for participants of 2004 World Hot Air Balloon Grand Prix on 1st of April 2004.

The big news is that the World Grand Prix system will be used to the selection procedure for the 2006 World Championship in Motegi, Japan.

This was discussed at the CIA Plenary Meeting in Debrecen, Hungary last month.  The voting delegates agreed to our proposal without any objection, since they were bit tired to talk about the travel subsidy of 2004 Worlds in Australia. (As far as I know, the Australian organizer decided to reward to participants by 1000 bananas or oranges to each competitor, who can not have enough travel subsidy.) Anyhow, top winners of 2005 WHGPX will be invited to the 2006 Worlds in Japan.  For that reason, the 2005 WHGPX will be competed with up to 100 teams and one million cash prizes with a HONDA NSX, but the minimum requirement of entry is 3,000 flight hours in a hot air balloon as PIC.  (This regulation is not applied to Japanese, since Japan is the host country!)  We think that this World Championship should be planned for only top pilots in the world, even though only 10 competitors available.

These several years, we have announced robot observers.  But now we must return to trusting humanity.  So we decided to use human observers in balloon competitions.  These products are currently developed by several computer companies.

The new observing system, called ‘Eye of Mother’, consists of TV cameras, sensors GPS units and radios.  An observer is not required to be on board.  They can watch a pilot activity or balloon maneuvering via TV cameras in a basket, at the burner flame and at the top of balloon.  The motion sensor is also attached at a basket.

So an observer is able to know whether a pilot makes a ground contact or not for a non-light contact.  For a light ground contact, another electric magnetic sensor is covering a basket and can detect a contact with earth surface.  The position of balloon is always monitored by GPS.  Those data will be transmitted to the observer on the ground.  The markers will be measured by a sensor which is implanted to at the centre of intersection.

There are several advantages.  An observer do not need to bear up working with a bloody pilot.  They will not be required to go to the event place nor the competition centre.  They can watch a computer screen with live monitors and sensing data.  They participate in balloon competitions from their own home or room, with a coke and potato tips.  An observer just sent their report to the competition centre by internet.  The score will be calculated with monkey masters (sorry, this will become an old nickname).  If an observer watches a very rapid decent or ascent or violating PZs, he/she can send a warning message to a competitor.  If he receives two warnings, it means ‘yellow’ and 300 points penalty.  If he receives one more, he will be disqualified from the task.  Therefore, an observer will have much power to a competitor.

The observers will be rewarded 10 bananas per a task flight and 100 bananas to monkey masters.

We wish you have good flights and soft landings under blue skies and gentle winds.

PS: If you read this News Letter on 31st March or after 1st of April, it is your fault.  I do not care your complaints, since my watches and clocks show 1st of April.

Why I am using a banana in rewarding?  Because, I want to eat it now.”